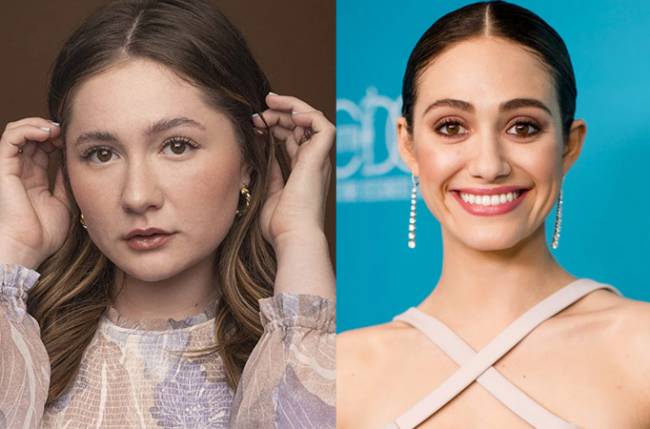 Actress Emma Kenney says it was “weird at first” when her ‘Shameless’ co-actor Emmy Rossum quit her role as Fiona Gallagher in 2019 after nine seasons, but also found it a relief because the 35-year-old star’s bad moods had had a negative impact on everyone working on the show.

Kenney said that it left her feeling “anxious” every day because she didn’t know what to expect when she got to work.

Speaking on the ‘Call Her Daddy’ podcast, Kenney, who played Fiona’s younger sister Debbie, said: “It was weird at first for sure but it also – the set became more of a positive place, I’m not gonna lie.

“I remember pre-(Emmy) leaving, I’d go to set some days and I’d be very anxious about having a scene with her because if she had a bad day, she made it a bad day for everybody.”

Despite their difficulties, the actress said she still has “a lot of love for Emmy”, who gave birth to her and husband Sam Esmail’s daughter in May, and wishes her well, even though they haven’t spoken since the ‘Phantom of the Opera’ actress quit the show, reports femalefirst.co.uk.

She added: “We haven’t spoken in years. But that’s OK… I hope she finds her happiness. I heard she had a baby and that’s beautiful. I’m sure she’s going to be a lovely mother.”

The actress, who was only 11 when the show started, had a “sister relationship” with Rossum when they worked together, though she noted it was “in good and bad ways”.

While she looked to the older star for guidance and often found her a “good influence”, there were other times when she would receive “not the best advice.”

Kenney felt there was a sense of competition between her and Emmy, though she was unsure whether it came from the actress or others on the show.

She added: “But I know I wasn’t creating it.”