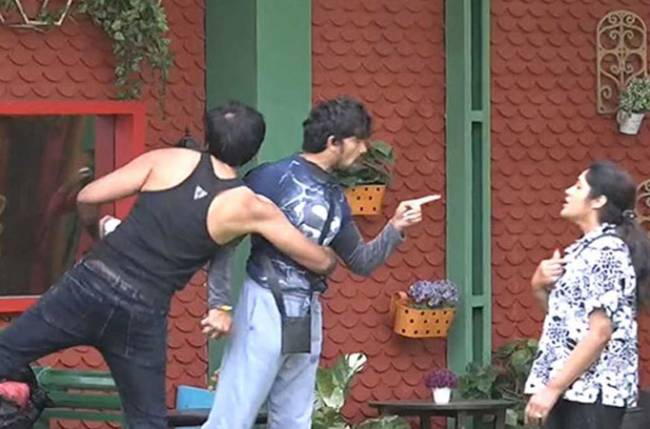 With unexpected twists and turns, the latest episodes of ‘Bigg Boss Telugu 5’ have been quite intense. A verbal spat was triggered between two contestants during the tasks this week, which has become a point of discussion among the viewers.

VJ Sunny and Priya who are always seen having a cold war got face-to-face with their verbals during the ‘Bangaru Kodi Petta’ task designed by the makers. Actress Priya, who alleged VJ Sunny had harmed her physically, took their fight to the next level.

Also, VJ Sunny’s temperamental attitude is being targeted by other housemates during Priya’s verbal fight as well. Priya warned VJ Sunny against using foul language, while Sunny was seen defending himself. Priya also spoke in a rude manner, while she also was seen blaming him for playing his task in his style.

Priya was earlier exposed for making serious allegations on Lahari Shari (eliminated now), which went unseen by host Nagarjuna. This time, the audience wants Nagarjuna to address this kind of behaviour by Priya.

“Priya is provoking Sunny as much as she can. She even takes gender into small and big fights. Hope the host takes this matter and schools her”, a netizen wrote.

“VJ Sunny is her prey. She has tortured him for weeks now. Priya needs to be eliminated,” expressed another person on Twitter.

VJ Sunny, who is playing his game so well, won the power to choose between the housemates’ nominations at the start of the week.