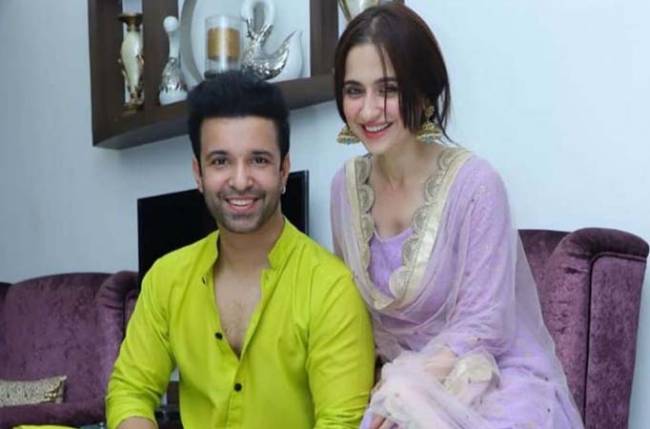 Aamir Ali and Sanjeeda Sheikh are well-known actors. Both of them have been a part of several projects and are known for their acting chops.

The duo made it to the headlines last year because of their relationship. Reportedly, there is trouble in paradise and they are living separately. The couple has maintained a stoic silence over all the speculations. Now, Aamir Ali posted a picture with a lady on his Insta stories, leaving all his fans wondering who she is. In the picture that has been posted by Aamir, we see him holding the hand of a girl and running by the beach. The hair covers the face of the girl leading to curiosity among fans and followers.

The picture was also shared by a paparazzi and in the comment section, all the fans are guessing that the lady is none other than Aamir Ali’s estranged wife Sanjeeda Sheikh. Many of the fans commented saying that the girl in orange shorts and red top holding hands with Aamir Ali is Sanjeeda. Or at least they are hoping that it is Sanjeeda and all is well between the couple. 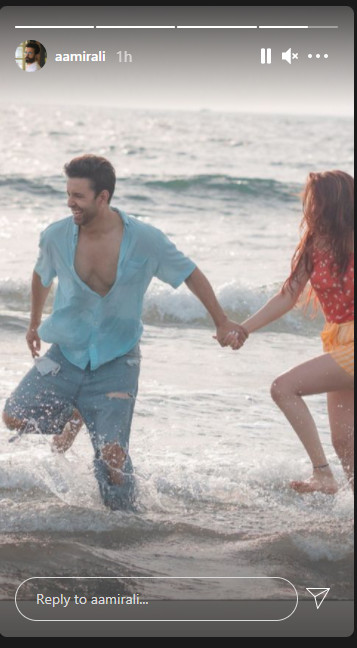 What’s your take on the same? Hit the comment section.