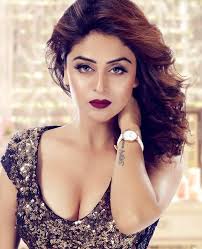 Falaq Naaz is one well-known name in the showbiz world.

The viewers are always delighted to see this talented diva on the small screens.

Falaq has been a part of the television industry for a very long time and has several hit TV shows to her credit.

The actress is gearing up for the release of her upcoming show Haathi Ghoda Paal Ki Jai Kanhaiya Laal Ki.

Falaq will be once again portraying the role of Devaki in the show.

We got in touch with Falaq who spoke in length about her role and much more.

What new will the viewers see in Devki’s character? Is the role being equally challenging for you?

The viewers will get to see the young Devaki in the show. Along with the audiences will also see many things from the beginning that weren’t shown in Radha Krishn as the story was about them. There is a lot of focus on us this time.

I didn’t need to brush up on my character much because I had already played this role. I was aware of the essence of my character. But I am getting a lot to explore in the show as an actor.

Do you fear getting typecast for mythological and historical shows as you have done many before?

Being an actor, I don’t think I will be typecast. Historical and mythological shows are tough to do. I don’t think anyone and everyone can play such roles. There are a lot of aspects related to it, be it heavy jewellery, costume and language is the most important for such shows. I feel blessed to do mythological shows. You get to portray a character that people believe in. This is very challenging.

Fitness is a part of every actor’s life. But with such working hours, it becomes hectic to maintain. How do you manage this?

I haven’t gone to the gym till now. I work out at home itself whenever I get some time. Rest, one needs to concentrate on the diet. Eating healthy food is very important. It’s a blessing for me that I don’t have a sweet tooth. I don’t crave sweets and I don’t eat them for months. Then, I am not fond of junk food at all. I eat a very basic meal in my routine that consists of rice, dal, curry, salad and I am very content with that. Also, I drink a lot of water and it helps a lot.

My meal timings are fixed. My food is delivered on the set at 7.30 pm since I have it by 8 every day. Post that, I don’t eat.