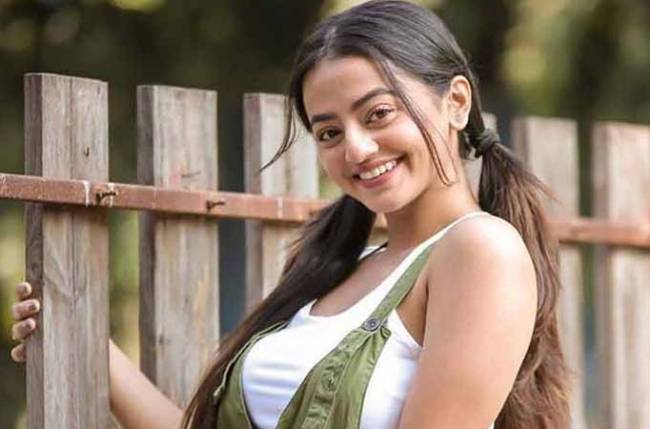 “The last time when I drove down to Ahmedabad after the nationwide lockdown eased, I wasn’t anxious. But it was different this time when I had to fly down from Mumbai to be with my family on Gujarati New Year,” says actor Helly Shah.

On being asked about her Diwali 2020’s celebrations, she said, “Although I wanted to take 2-3 days off, I couldn’t as I’m shooting for Ishq Mein Marjawan 2. I celebrated Diwali with my onscreen family and indulged in some sumptuous mootichoor laddoos and later in the day, celebrated it with my close friends. The next day, I took an early morning flight from Mumbai to Ahmedabad. It was a low-key celebration with just close family and I was really happy to meet my dadi and nani after a long time. I enjoyed all the homemade mithai and farsan. I am very conscious about my food but I just decided to enjoy festive food and family time.”.

Helly expresses the disappointment she had to face during her return-pursuit. “While taking an early morning flight, I was surprised to find the airport crowded. However, the annoying part was that people were flouting the safety measures and not following social distancing. The least one can do is to wear a mask properly. I’ve been very finicky about hygiene before the pandemic but now it has gone a notch up. While travelling, I had all my safety gears in place and I would sanitise my seat, water bottle and bag handles often.”, she revealed.

Talking about the show, Helly informs, “We had started shooting for my show around January this year and we’re about to launch the show in March. Due to the pandemic, the launch was postponed for a later date. While I wasn’t scared that the show will be scrapped even before going on air, I got a few calls as there were rumours that the show had been called off. Honestly, that made me very scared and anxious. My fears were settled once I spoke to the show makers. I’m happy doing that one project at a time as I don’t want to travel much for work. I’m fine with the way things are now.”.

Lastly, on being asked about doing Gujarati films, Helly concludes the interview saying, “I would love to be a part of good Gujarati films. In fact, recently I was in talks for some projects but nothing materialised and I began with my TV show. I recently watched Golkeri and loved it. Next on my list is Hellaro!”.