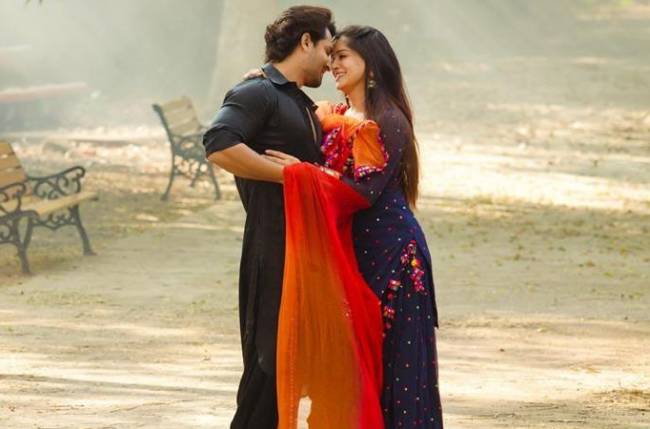 TV actress Dipika Kakar and actor Shoaib Ibrahim’s love story is no less than a fairy tale. They met on the sets of popular daily show Sasural Simar Ka, became friends and eventually fell in love.

Ever since they tied the knot in 2018, the two have been inseparable and their fans get a glimpse of their adorable bond through their social media handles, vlogs and YouTube videos.

Today, the two are celebrating their third wedding anniversary. For completing three years of marital bliss, the couple will be doing the most to express how much they love and adore each other. You will get a glimpse of their anniversary celebration on their YouTube channel.

To mark the adorable couple’s wedding anniversary, we bring to you their love timeline that is worth a read!

So, without further ado, let’s head straight to it:

1. Dipika and Shoaib met on the sets of their show Sasural Simar Ka and became friends.

2. After Dipika’s troubled marriage with her ex-husband ended in January 2015 with a bitter divorce, dating rumours of Dipika and Shoaib started doing rounds.

3. After Shoaib’s exit from the show, the two realized that they have true feelings for each other. They dated each other for three years and later, decided to take a step ahead and make their relationship official.

4. They went public about their love and confessed their feelings for each other in an interview.

5. In February 2018, the duo decided to exchange wedding vows in the nikah ceremony.

6. Later, they started vlogging their life on YouTube for their fans. So, through the videos, they give a glimpse of their family life to their millions of followers and subscriber.

7. Together, they overcame a ton of hurdles and emerged victorious as a couple.

8. Despite receiving negative comments on social media post-wedding, the couple stayed true to themselves and openly spoke about their love story.

9. Dipika has a very strong bond with Shoaib’s mother and sister. They cook together, make videos, and even travel to beautiful getaway locations. The Ibrahim family makes for an adorable bunch and their vlogs prove the same.

10. Shoaib and Dipika recently featured in a music video together and they shared the experience of working on sets with their beloved in a vlog. Their MV ‘Yaar Dua’ trended for days and received a ton of love and praise from people.