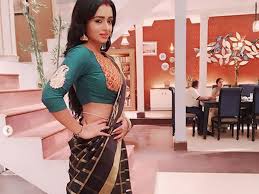 We have always been at the forefront of reporting about various upcoming shows and movies. Recently, we broke the news about Pritam Jaiswal bagging a crime drama for a major OTT platform.

With an interesting line-up of shows on television on top-rated GEC channels such as Zee TV, Star Plus, Sony SAB, Colors, and Sony TV, there is a lot coming up for telly lovers.

We had exclusively updated readers that Sony SAB is coming up with a grand-level mythological show, which is going to be a treat for fans of this genre. Nirbhay Wadhwa has been roped in for the show as the lead.

Now, a little birdie told us that not Barkha Bisht but Parul Chauhan has been approached for the show, and she will be playing the role of Garud’s mother in the show.

The show will be coming from the house of Contiloe Pictures or Panorama Films, which will soon be clarified.

We tried reaching the team for comments but got no response.

Are you excited about Sony SAB’s new show?

Stay tuned to this space for more updates and gossip.