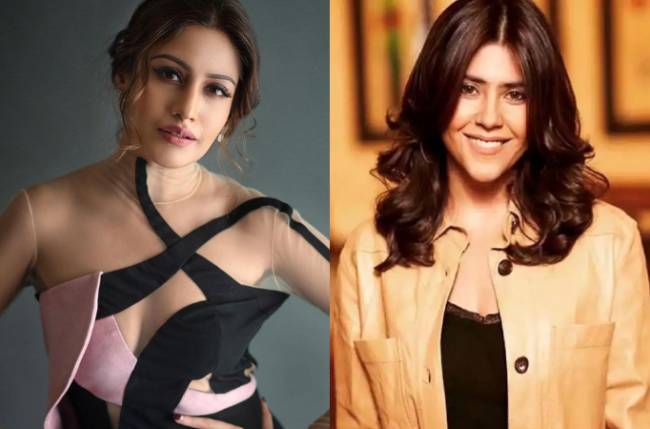 Surbhi Chandna is one of the most loved television actresses. She ruled the television screen with her performance as Anika in Ishqbaaz and then Dr Ishani in Sanjeevani.

The diva is quite active on social media and regularly keeps her fans updated about her whereabouts. She has a massive fan following, and fans show a lot of love for her.

Surbhi was last seen in the serial Naagin 5, where she essayed the role of a Naagin, and the audiences applauded her acting chops.

The serial was one of the most loved shows on television and it frequently topped the rating charts. The storyline was quite gripping and kept the audiences hooked to the TV screens.

The USP of the show was the pairing of Sharad and Surbhi as they sizzled on-screen with their crackling chemistry.

Now we came across an interview where Surbhi reveals about her first meeting with Naagin producer Ekta Kapoor.

Surbhi says that she is an amazing producer to work with and she was convinced that she had to play Naagin as Surbhi was apprehensive of doing the role.

Surbhi further said that she had only met her once through a zoom call for narration for the show Naagin and Ekta told her that whatever she does, she will nail the character of Bani.

In return, Surbhi said that she didn’t know how she would play Bani, but she promised Ekta that she would do something crackling.

The actress said that she was nervous about doing the show as she didn’t want to let Ekta down as she knew how close the show Naagin is to her.

Well, no doubt that Surbhi was loved as Bani and the fans miss watching her on-screen.