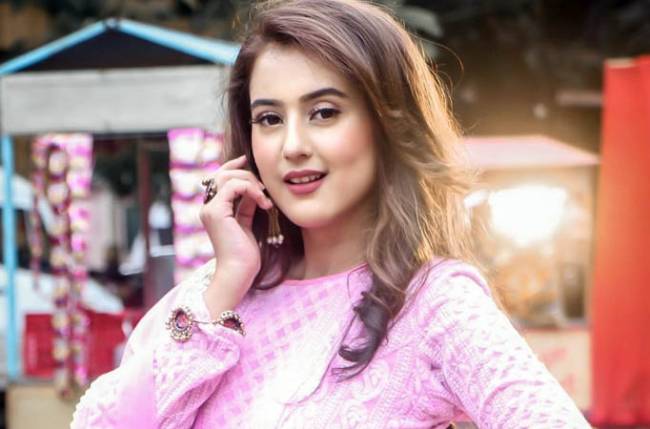 Riya Sharma is currently seen in Colors’ show Pinjara – Khusurti Ka where she plays the role of Mayura. The actress has been receiving several accolades for her performance on the show.

Pinjara also stars actor Sahil Uppal in the lead role opposite Riya. The duo’s fresh pairing has worked wonders. Pinjara is going through some interesting twists and turns in the story. The show has been receiving a positive response from the viewers. Riya Sharma and Sahil Uppal’s off-screen pairing has worked wonders as their fans are loving their chemistry on-screen too. The show is going through some interesting tracks right now keeping the viewers intrigued.

In an exclusive chat, Riya had opened up on her journey and her equation with her co-stars. We had earlier revealed how Riya spoke about her bond with Sahil and said that they instantly connected and they are such good friends. In fact, they are like a family now. Well, looks like their off-screen bond is definitely having a comforting effect on-screen and the two spark magic in the hearts of the audience. The fans of Omkar and Maurya cannot have enough of them and keep sharing fan edits which are reshared by the actors.

One of their fans even mentioned how magical their chemistry is and cannot wait for a dance performance by Omkar in the show. Well, now Riya has shared a picture on social media with her co-actor Anindita Chatterjee and looks like she loves being on the set with her!