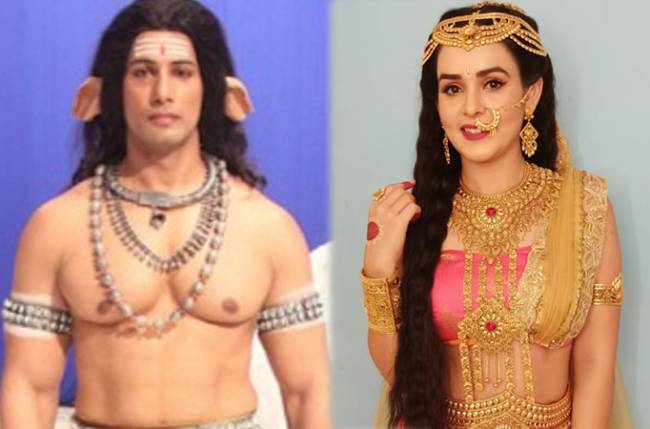 The industry is abuzz with &TV’s upcoming mythological show, ‘Baal Shiv’, with popular television faces roped in to portray pivotal roles. Essaying the role of Narad Muni will be Praneet Bhat, Ravi Khanvelkar as Archarya Dandpani, Pallavi Pradhan as Maina Devi, Danish Akhtar Saifi as Nandi, Dakssh Ajit Singh as Indra and Anjita Poonia as Indrani. &TV, for the first time on Indian television, will present an untold story of Lord Shiva’s Baal roop with its new mythological fiction show, ‘Baal Shiv’. Aptly positioned Mahadev Ki Undekhi Gatha, the show produced by Zee Studios will depict the mythical Katha of the mother and son, Mahasati Anusuya and Baal Shiv and their eternal bond. Considered Infinite and the Unborn, Lord Shiva had taken many avatars, but he had never experienced childhood and mother’s love. However, post his marriage with Devi Parvati, Mahadev takes the form of a child to fulfil Devi Parvati’s wish and becomes the dutiful son of Mahasati Anusuya.

Nearly completing two decades in the television industry, acing many mythological characters in his career, Praneet Bhat speaks about his role of Narad Muni, “I am delighted to be a part Baal Shiv. We all have heard and seen several stories on Lord Shiva and his various avatars, but the story of his Baal Roop has never been told before on television. Similarly, the story of his bond with Mahasati Anusuya is untold, which makes this show unique and refreshingly distinct. As for my role as Narad Muni, it will have a new and interesting take. He believes in supporting sanyaas over the grihast lifestyle and tries to influence the people at Kailash.” Having played various characters across Hindi and Marathi television, Ravi Khanvelkar will be essaying Archarya Dandpani. He says, “I am portraying Archarya Dandpani’s character, who is the Varishth Archarya of the Gurukul run by Rishi Atri and Anusuya. He is an asur whose father was killed by Lord Shiva. To save himself from society, he disguises himself as an Acharya in the Gurukul. As he gets to know about Lord Shiva taking the Baal roop and attending Gurukul, the desire for vengeance ignites in him. Archarya Dandapani is an interesting as well as challenging character. I am excited for this show to go on-air, and I can guarantee that viewers will surely find the story refreshing different.”

Having started her career in Gujarati theatre, seasoned actor Pallavi Pradhan has more than two decades of experience in the Hindi Television industry. The actor will essay Maina Devi, Devi Parvati’s mother. Making a debut in the mythology genre with Baal Shiv, Pallavi Pradhan shares, “I am honoured to portray Maina Devi’s role. She is the mother of Devi Parvati. Just like any other mother, she is very protective, caring and loving towards her daughter. She always wants the best for her. When the makers narrated the story, I loved the concept and agreed to take it up. I have never been a part of a mythological show before, which is an excellent opportunity. The costumes, special effects, dialogues, and everything have something magical, and I am very excited about this journey. I am constantly working on my dialogue delivery and body gesture to get into the character’s skin. I have played the role of a mother-in-law numerous times, from a comical mother-in-law to a negative one, but this time I will be playing a mother-in-law character in a completely different genre than for Lord Shiva. I am sure my friends, family, and fans will enjoy watching this brand-new avatar.”

Acing many mythological characters in his career, Danish Akhtar Saifi will essay Nandi’s character. Speaking about it, he comments, “It feels great to be essaying a role which is so close to Lord Shiva. Much like my character of Nandi, I am a huge bhakt of Mahadev myself, and it is a privilege to be playing his Vahan and param bhakt. Nandi is also a dooth who passes on the messages of other Kailash gan to Lord Shiva and vice versa. He can transform into a bull anytime as per his wish depending on his mood. Previously, I have been a part of many mythological shows, but Baal Shiv is a one of its kind show and being a part of it is like a golden opportunity for me.” Multitalented actor Dakssh Ajit Singh will essay Indra Dev’s character. Having done many television shows, films and albums across the Hindi and Punjabi sphere, Dakssh is very excited to be a part of &TV’s Baal Shiv as Lord Indra. He shares, “I am portraying the role of Indra Dev. He is the king of all devtas and resides in Indra lok. Indra Dev loves power and position. And to maintain it, he often resorts to political strategies. The character of Indra Dev is very interesting and, at the same time, very challenging, as he has to look and sound neutral. I love every bit of it, and it is indeed a whole new experience for me.” Stealing the viewers’ hearts with her mesmerising beauty and acting skills, Anjita Poonia is all set to step into the character of Indrani. She says, “I am playing the role of Indrani, Indra Dev’s wife and the queen of all the devtas. Indrani is known for her heavenly beauty and sensuality. The mythological genre has always fascinated me as an actor, and I always wanted to explore this genre. And here I am! Upon being offered the role, it was an instant yes. It is only recently we started shooting, and I am learning and discovering quite a lot of new things, making it interesting and exciting.”