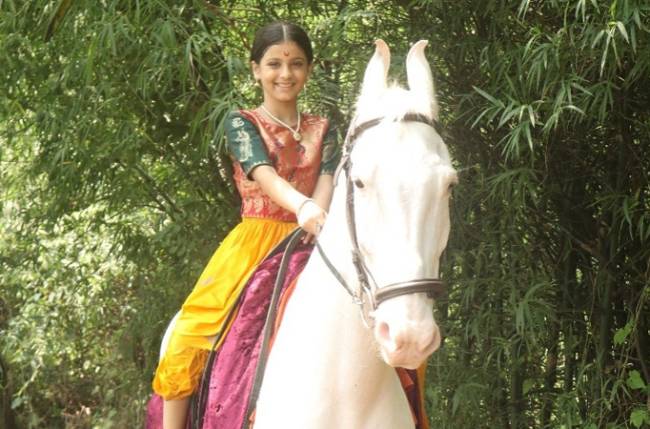 Zee TV has been a trend-setter in shaping television content over the past three decades. The channel has introduced audiences to several intriguing characters and inspiring accounts of some of India’s most striking leaders and royalty who have had a significant impact on our historical and cultural heritage. After bringing to life the journeys of Jodha Akbar and Jhansi ki Rani, Zee TV is all set to bring to its viewers the biggest historical magnum opus of 2021, presenting the untold story of one of the most iconic women in the Maratha empire – Kashibai Bajirao Ballal. The show will showcase the story of the great Maratha Empire, its pride and valor, all narrated from the lens of Kashibai. It will follow the journey of a pampered and a protected girl who goes on to become an astute, decision-making, Peshwinbai – an administrator par excellence who held fort while Bajirao was out expanding the Maratha kingdom.

Recently, it was revealed how debutante Aarohi Patel will be seen playing the role of young Kashibai and while the child actor has been working hard to imbibe all the characteristics, quirks and nuances of her character, looks like she is also going the extra mile and acquiring new skills for the show. In order to enact sequences where Kashibai is trying her hand at learning horse-riding, young Aarohi has been learning how to ride a horse parallelly. Kashibai was known to be a great horse rider and looks like 9-year-old Aarohi took up the challenge and aced this skill for the show. In fact, she had to learn how to ride a horse from scratch and in a matter of just four days, Aarohi was able to pull off the basic horse riding scenes with ease.

Talking about learning horse riding for the show, Aarohi Patel revealed, “When I was told that I will have to learn horse riding for Kashibai Bajirao Ballal, I was very excited and nervous at the same time. But I took the right training and enjoyed the whole process while shooting for these crucial sequences. Kashibai had learnt horse riding as a child, and she was one of the most graceful horse riders, so I knew I had to do justice to these sequences. I worked extremely hard and in 4 days, I learnt atleast the basics of horse riding. I must say that cantering was the most difficult part of riding a horse and I still get scared every time the speed increases. Having said that, I must say that I enjoyed it to the core. My trainer taught me everything really well and I am grateful to the whole team for their support. As of now, I have shot for just two scenes with the horse, and I am looking forward to learning a lot of things from such challenges on the show.”

Well, isn’t it commendable that a 9-year-old girl aced such a tough skill with sheer dedication! Get ready to witness the tale of this ordinary girl who took over the responsibilities for her empire and impressed one and all with her astute decision-making and people leadership skills.

To find out more tune into Kashibai Bajirao Ballal, which is coming soon on Zee TV!