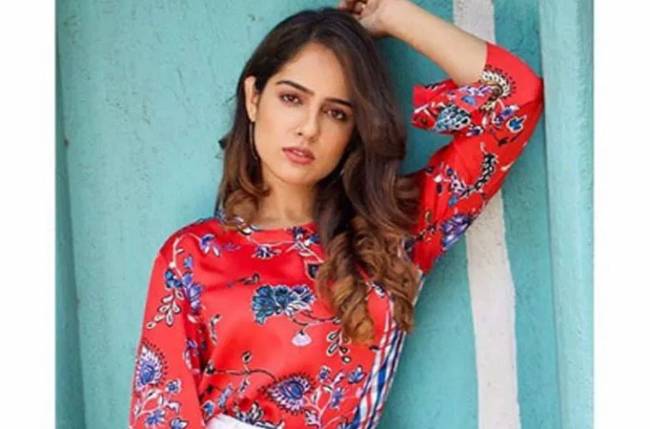 The trauma of being physically attacked is getting worse for Malvi Malhotra. The actor, who had been stabbed for allegedly refusing a marriage proposal, now revealed that she has been receiving death threats and was ‘scarred’ for life. She has now sought help from Maharashtra Chief Minister Uddhav Thackeray and Home Minister Anil Deshmukh to provide her security.

In a strong note, Malvi wrote that she wished to bring to ‘urgent notice’ that she had been receiving death threats from strangers. She stated that they were telling her that she had ‘not done the right thing’ and warned of consequences against her and her family.

The actor added that the attack had ‘scarred’ her physically and mentally and the threats started just when she thought her life was returning to normalcy. Terming it as a ‘stressful phase’, she wrote the face of the attacker named Yogesh kept ‘haunting’ her.

Malvi thanked the Mumbai Police for arresting Yogesh and keeping her morale up. She sought protection for herself and her family members to prevent another attack on her, stating that she was in ‘trauma and in constant fear of this incident replaying itself.’ She tagged the handles of Maharashtra CM, Mumbai Police and other news organisations.

Malvi Malhotra had been stabbed thrice on October 26 by Yogesh Kumar Mahipal Singh, for allegedly spurning his proposal. Singh, who is a producer by profession, was booked under sections of Sections 307 (attempt to murder) and 354 (assault or criminal force to a woman) of the Indian Penal Code.

In her statement to the police, she had shared that she had rejected his proposal multiple times on social media, and even blocked him. However, later he arrived to talk to her and when she refused, he stabbed her thrice in the abdomen. Hence, Malvi had then been hospitalised.

As per reports, the accused was hospitalised in Vasai posted being tracked down by the police and was later arrested.

Malvi shared that it was the Almighty who helped her survive the brutal attack.