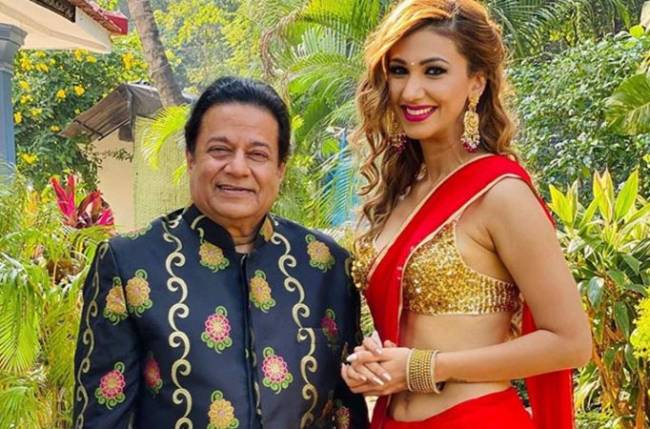 A picture of Jasleen Matharu and Anup Jalota dressed in wedding outfits has gone viral. Everyone started bombarding them with questions about their alleged marriage.

However, now, a media portal reported that it’s a still from their upcoming film.

They contacted Anup Jalota, who said, “It’s from our film Woh Meri Student Hai and we are not married. In fact, we are not even getting married in the film. I have dressed up like this as I am doing her Kanyadan in the film. As we all know in Hindu tradition, not just the bride and the groom but their parents are equally decked up. Just like I have promised in real life that I will do her Kanyadan, in the film too, I will be doing the same.”

He further added, “I don’t even know when this whole picture was clicked and who posted it but I was surely not expecting people to think that hamne shaadi ki hai.”

Well, that clarifies a lot.