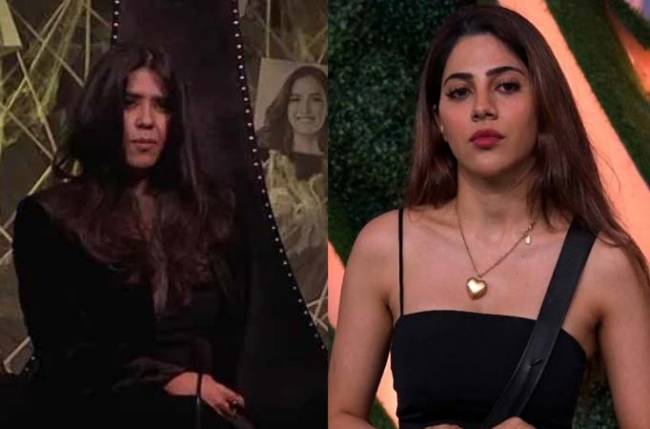 Weekend Ka Vaar episodes of Bigg Boss have always been very entertaining and filled with lots of masti and fun. Host Salman Khan makes it rather interesting.

Sometimes, we have special celebrity guests coming on the show, who then interact with Salman and the contestants.

Last weekend, ace producer Ekta Kapoor had come on the show and increased the entertainment quotient.

During the episodes, she made the housemates do some tasks. She told Nikki to behave like Jasmin during the fight she had had with Rahul where Jasmin had lost control of herself.

Nikki performed and acted so well, that post her performance, Ekta told that she is the best naagin on television. Now was that a hint that she would want to work with Nikki?

Well, that only time will tell, but there is no doubt that Nikki is one of the strongest contestants of the house and can be one of the finalists of the show.

What do you think of Nikki as a contestant?