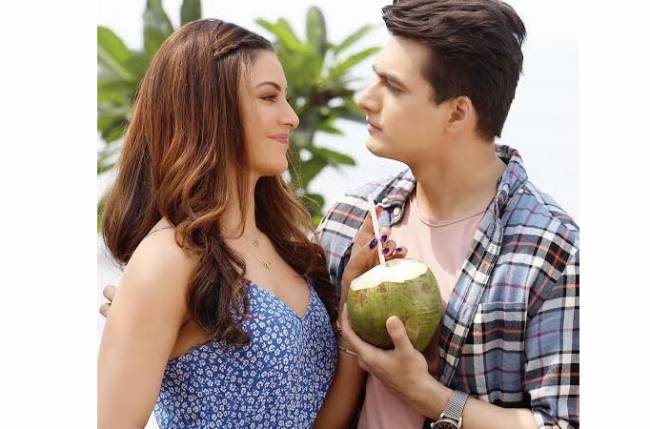 The Bollywood diva and supermodel, Urvashi Rautela has struck all our hearts ever since we saw Rautela in her Debut film, “Singh Sahab The Great” opposite Sunny Deol was a hit and her captivating beauty reigned over the audience and from thereon, her journey has only been aw-inspiringly uphill. Throughout her career, Rautela has chosen films that venture in all genres of acting-From Comic to thriller, giving the actress a chance to prove her metal in her art.

Recently, Urvashi Rautela’s new sensational romantic music video “Woh Chaand Kaha Se Laogi” has taken over the whole of social media by a storm. With all fans dying to see Rautela in a romantic avatar, last night she and her Co-star Mohsin Khan went live on Instagram where Mohsin Khan mentioned that in the last scene of the song where Urvashi had to shed tears for an undisclosed scene, the actress beautifully did it without any glycerine or artificial tears. The actress was so involved with her character that she was crying even in the back shots of the scene, going on to comment, “She is a very, very, very, very good actor.”

To this Rautela replied, “I could actually feel it (the scene) was really happening.” She went on to comment that the song was so beautiful that it made the whole process of synergizing emotionally to the character effortless.

‘Who Chaand kaha se laogi” is out now and we can absolutely not get enough of the serene artistry Urvashi Rautela bring to the video!