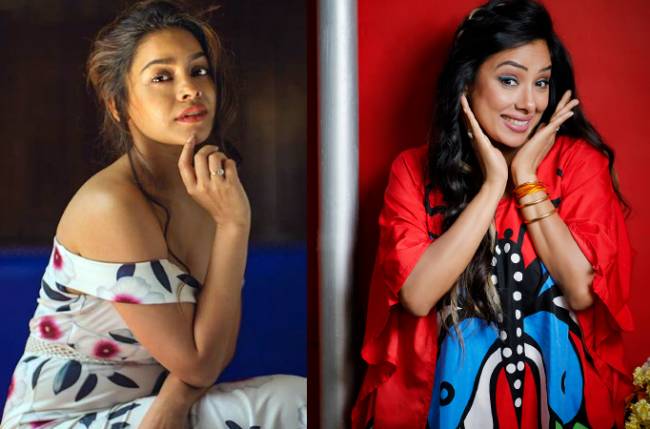 There are many actors who in the recent past have opened up about their personal life issues and troubles which range from their health disorders to the financial crunches they have had to face during the lockdown. For them, it wasn’t easy to come out and open their hearts to the public, but they did so to inspire others and encourage them not to lose hope.

Take a look at the several issues they spoke about on social media and otherwise.

A few days ago, The Kapil Sharma Show fame Sumona Chakravarti opened up about her battle with Endometriosis which she has been battling with since 2011. In a post on social media, she revealed she has been in Stage 4 of it for quite a few years, and added that she is only talking about it to help and inspire others. She wrote, “Did a proper workout at home after ages…Some days I feel guilty, because boredom is a privilege. I may be unemployed & yet am able to feed my family & myself. That is a privilege. Sometimes i feel guilty. Especially when I am feeling low due to pms’in. The mood swings play havoc emotionally. Something I’ve never shared before. I have been battling endometriosis since 2011. Been in stage IV for the past few years now. A good eating habit, exercise & most importantly no stress is key to my well being. The lockdown has been emotionally hard for me. Today i worked out. Felt good. Thought ill share my feelings for whoever is reading this to understand that all that glitters is not gold. We are all struggling with something or the other in our lives. We all have our own battles to fight. We’re surrounded by loss, pain, grief, stress, hatred. But all you need is LOVE, COMPASSION & KINDNESS. N then we’ll sail through this storm as well. P.S. sharing such a personal note wasn’t easy at all. It was way out of my comfort zone. But if this post can bring a smile or inspire in any way to even aSumona Chakravarti handful of souls, then i guess it was all worth it.”

In an interview, Anupamaa actress Rupali Ganguly shared what many did not know about her before. Rupali revealed that she wanted to become a mother but it wasn’t easy for her to conceive the baby. She said that she had a major thyroid problem due to which her fertility count went down. She calls her baby Rudransh, who was born in 2015, a miracle. Post birth, the actress had to deal with weight issues due to which she also didn’t take up a lot of roles. Otherwise Rupali has been a part of several television shows including Sarabhai vs Sarabhai and Pravarrish.

Balika Vadhu fame Avika Gor might have seen early success on the professional front but the actress had to struggle on the personal front due to weight issues. Recently she shed 18 kilos and revealed her story on social media to inspire her followers. She wrote, “I still remember one night last year, when I looked at myself in the mirror & I broke down. I didn’t like what I saw. Big arms, legs, a well earned belly. I had let go too much. If it were due to an illness (Thyroid,PCOD, etc), it would be okay because that would be out of my control. But, it happened because I ate anything & everything, and I didn’t workout at all. Our bodies deserve to be treated well, but I didn’t respect it. As a result, I disliked the way I looked so much that I couldn’t even completely enjoy dancing (which I love) without thinking “how I must look right now”. I got so busy judging myself & feeling bad that I didn’t leave any scope for outsiders to make me feel bad. Such insecurities run in the head all the time & they make us feel tired & irritated. Hence, I would often snap at my loved ones. Well, one fine day I decided that it was enough, and that I must evolve. Nothing changed overnight. I just started to focus on the right things… things that I should be proud of(like dancing). I kept trying to eat better & working out, and I had various setbacks. But, it was important that I didn’t stop. And my people were constantly there to guide me.”

Ishqbaaz actor Nakuul Mehta’s wife Jankee shared what they went through when their little one was diagnosed with Bilateral Inguinal Hernia and had to undergo surgery for the same. She said in her post that she had thought she’d never talk about it, but it’s other people who gave her the courage to do so. Jankee opened up about the day she learnt about the diagnosis and how she trained her baby to be ready for it. Sharing her experience further, she wrote, “Cut to the day of the surgery, the day when he turned 2 months. Sufi behaved exactly the way we planned. He slept till the time I handed him over to the surgeon in the OT. Post the surgery, when he woke up, the next whole hour I just spoke to him on how well he did, what a champ he’s been through it all & how he needs to wait just a little bit longer for milk. I was just amazed at how this boy who needs milk every 2 hours patiently waited for 7 hours in total before getting his feed. The smile on his face after he got milk was just priceless.”

Stay tuned to this space for more updates and gossips.