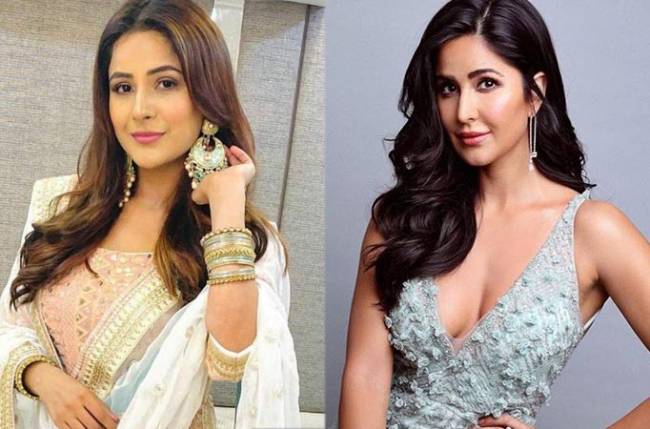 Shehnaaz Gill is one of the most loved personalities on television, and the singer-turned-actress has a massive fan following. She rose to fame with her stint in Bigg Boss where she emerged as the third runner-up.

Her friendship with Siddarth Shukla grabbed headlines, and the audience loves watching them together. They fondly call them Sidnaaz.

Recently, Shehnaaz’s personality and her overall transformation were appreciated by fans. Her hard work is visible, and since then, she has been signing a lot of projects.

She was seen in many music videos, which have created history in terms of viewership.

Shehnaaz has a massive fan following. She is loved by one and all, and her fans shower her with a lot of love.

Now, we came across a post where Shehnaaz is seen wearing a similar jacket as Katrina.

Fans have commented saying that Shehnaaz has a better personality and looks.

In the comments, everyone has mentioned her name, and it seems like Shehnaaz is more famous than Katrina.

Some have commented saying that both look beautiful, but their choice will always be Shehnaaz.

Well, seems like Shehnaaz has come a long way and no one can shake this fan base of hers.

Who said that Bigg Boss doesn’t give a career and new life to struggling celebrities? Asim and Shehnaaz are examples of people becoming overnight stars post their stint in the Bigg Boss house.