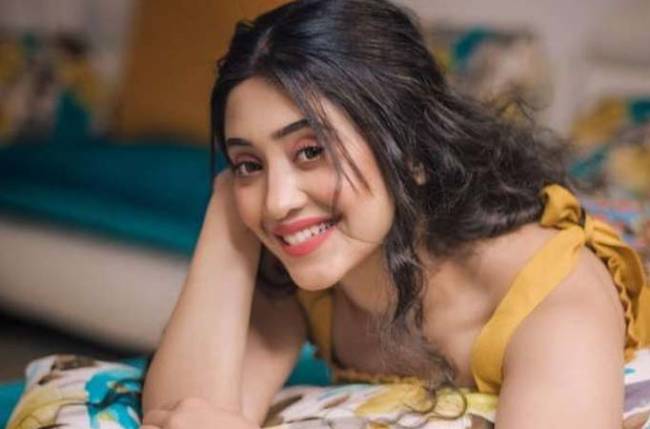 Be it talking to his actors on a personal level to celebrating their birthdays on the sets, producer Rajan Shahi does it all. But it’s not just limited to his actors, he takes care of their families too, and recently celebrated Shivangi Joshi’s mom, Yashodha Joshi’s birthday on the sets of Yeh Rishta Kya Kehlata Hai.

Yeh Rishta Kya Kehlata Hai producer Rajan Shahi, who is known to take good care of his cast and crew arranged the mini celebration for Shivangi’s mom. He not only got a bouquet for her but also two cakes and was present during the celebration. Shivangi was present with her mom during the cake cutting session.

Her mom later smiled for pictures with producer Rajan Shahi and her daughter. Mrs Joshi also flashed a smile for pictures with the cast and crew present during the celebration. Shivangi’s mom looks happiest with the mini surprise on the sets.

The actor also looked overjoyed by the sweet gesture of the cast and crew on the sets.

Meanwhile, Yeh Rishta Kya Kehlata Hai took a dramatic turn recently after Naira’s death. Her look-alike Sirat has entered the show who wants to become a big boxer and is also getting trained in it, but is struggling with her family life. Though Kairav has met her, Kartik hasn’t, and it will be interesting to see how they react when that happens.

Produced by Rajan Shahi, the show features Shivangi and Mohsin Khan in the lead roles.