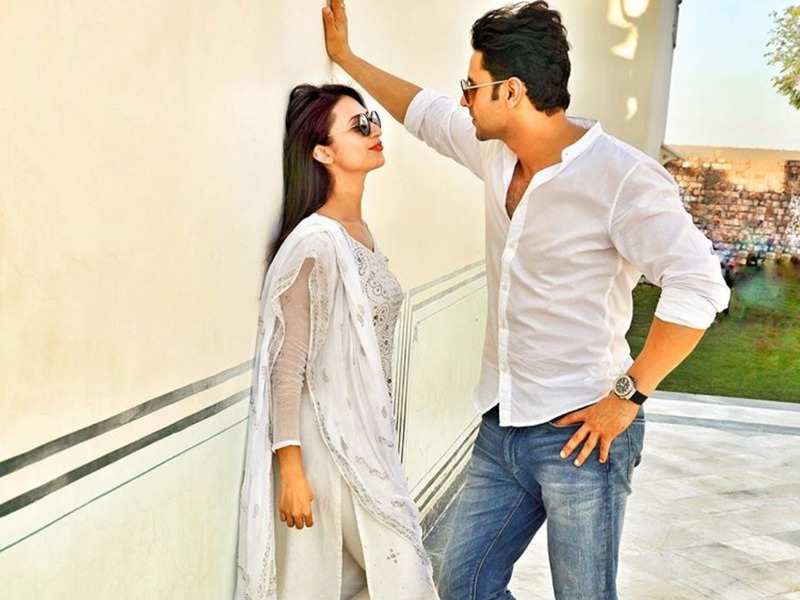 Hailing from Bhopal, Tripathi started her career as an anchor on All India Radio (Bhopal). She participated in Pantene Zee Teen Queen in 2003 and won the title of ‘Miss Beautiful Skin’. In 2004, she was also crowned ‘Miss Bhopal’.

Tripathi made her acting debut for the channel Doordarshan first. Thenafter, she was recognised for portraying the dynamic dual roles of Vidya (an orphan and illiterate girl) and Divya ( a modern and literate girl) in Zee TV’s fiction series Banoo Main Teri Dulhann. She won many accolades for the same, including the Indian Television Academy Award for ‘Best Actress in Drama Category’ and the Indian Telly Award for ‘Fresh New Face’.

In 2017, she participated in Nach Baliye 8 with her husband Vivek Dahiya and the couple emerged as the show’s winner. She has also hosted reality shows like Star Plus’ singing reality show – The Voice 3 (2019).

Yesterday, Divyanka took to her official IG account to post an adorable couple pic with her husband, Vivek Dahiya, which is all about couple goals and is totally UNMISSABLE!