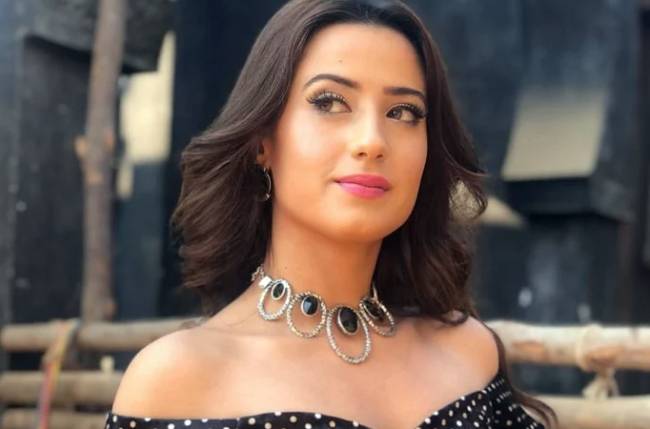 Aalisha Panwar is one of the most good looking celebrities on television.

As a part of Ishq Mein Marjawan, she was much loved for her character of Arohi. She is also a fashionista and it can be seen through her various social media posts where she poses in different outfits. Let’s accept it; we cannot take our eyes off Aalisha Panwar. She has won our hearts with her realistic acting skills as well as style game.

As Aarohi, she impressed us with her stint in Ishq Mein Marjawan on Colors and has been gaining the attention of a zillion fans on social media! Well, for now, she has been active on social media and keeping her fans updated about all what she is upto these days.

Well, in one of her posts, we spotted her pointing out to her injured and bandaged toe.

Aalisha made her debut with the movie, Akkad Bakkad Bambe Bo and later mae her TV debut with Begusarai. She was later seen in shows like Thapki Pyar Ki, Jamai Raja and Rishton Ki Saudagar – Baazigar. After her stint in Ishq Mein Marjawan, she was seen in Star Bharat’s Meri Gudiya.