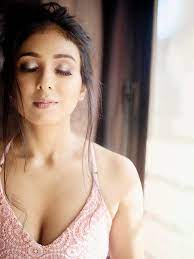 Kuch Rang Pyaar Ke Aise Bhi was one of the most loved shows on television.

The show was relatable to many household audiences, and the show’s concept was unique until the end. The show was not high on drama and presented a very realistic approach towards how things are shaped in our Indian society. Starring Erica Fernandes and Shaheer Sheikh in the lead roles, the show also stars Supriya Pilgaonkar as a part of the integral cast. Prerna Panwar plays a very distinguished role as Elena Bose, Sonakshi’s sister.

In an exclusive conversation with Prerna, she spoke openly about her bond with Shaheer Sheikh and Supriya Pilgaonkar.

Prerna shared, “There has never been a moment where I have felt that Shaheer has an air about himself. He is a very grounded and humble actor and as for Surpiya Pilgaonkar, she is very approachable and a gifted personality. She is fun loving and jovial and she makes me feel very comfortable. Infact, the way we have bonded while shooting for the third season is very different. We were so glad to meet each other once again and felt so comfortable!”

The USP of the serial is the star cast, story, and screenplay, to which the audiences connect. The magical chemistry of Shaheer and Erica as Dev and Sonakshi shouldn’t be missed, and fans have made them an iconic screen couple today. As we reported, Erica (Sonakshi), Supriya (Dev’s mom), and Shaheer (Dev) will be continuing as the leads of the show.