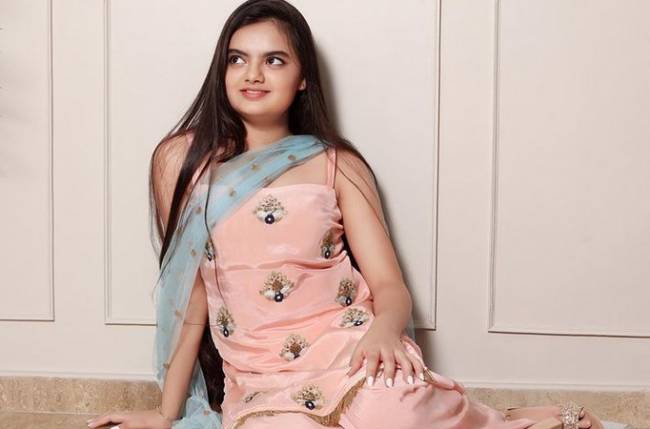 Child actress Ruhanika Dhawan, who is part of an important track on the show “Mere Sai: Shraddha Aur Saburi”, says her track delivers the important message of treating sons and daughters alike.

Ruhanika essays the role of a girl who is abandoned on the steps of a temple by her parents, who wanted a son as their third child after two daughters.

“My character Rama is a very brave and independent girl who is looking out for her biological parents. She was abandoned by them outside a temple and was later adopted by a lady who she lovingly calls Ajji. The track aims to teach people a lesson about how whether it is a girl or a boy, a child is a child,” she says.

She adds: “It’s a shame that women and girls are looked down upon. If a girl is given equal opportunity as a boy, she can reach greater heights. I believe in equality, and I credit my parents for practising and inculcating that in me. This track in ‘Mere Sai’ will highlight the struggles girls face and I hope we are able to impact some minds to bring a positive change in society. My message for all the girls out there is to fight for your rights, and that no one can make you feel inferior.”

The actress says that she has learnt a lot from the show.

“‘Mere Sai’ is indeed a show that imparts wisdom and learning, and my take-away is that where there’s a will there’s a way, and nothing is impossible if you have faith. My family and I are huge devotees of Sai Baba, and getting to do a part in a show about him is no less than a blessing to me,” she says.