MUMBAI: Surbhi Chandna is one of the most popular television actresses who mesmerises the audience with her acting skills and stylish looks. She is known for her portrayal of Haya in Qubool Hai and Annika in Ishqbaaaz.

Ever since she made an exit from her last show, Ishqbaaaz, her fans have been eagerly waiting for her next show. There have been reports that Surbhi will soon begin shooting for the remake of Sanjeevani.

Going by the media reports, Sanjivani is indeed headed for a comeback and the actress will be spearheading the cast, and the male lead is yet to be decided.

And now, the premier date of the show is out.

According to SpotboyE.com’s source, “the serial is going on floors soon and will premiere from July 1 this year. Surbhi will play the protagonist but the male lead is yet to be finalised.”

Are you excited to see Surbhi in Sanjivani? Hit the comment section below. 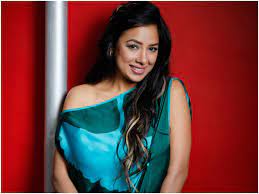