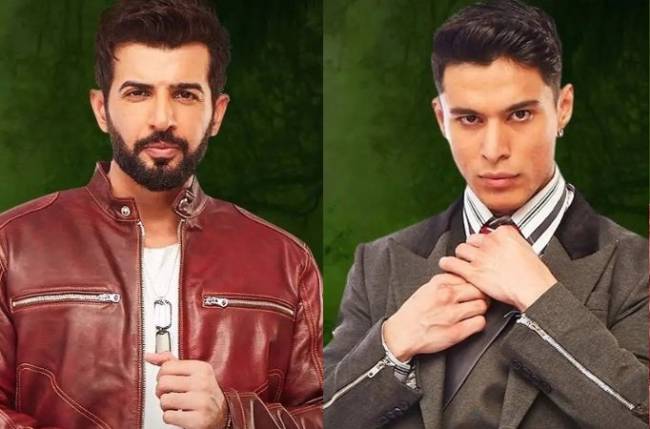 It’s been 72 hours since the launch of India’s favourite reality television show, Bigg Boss 15, and the drama has already started unfolding. Earlier this week, contestants entered the Bigg Boss jungle and set the action rolling. Even as the host Salman Khan guides contestants through the daunting jungle, sparks fly in the house. The latter, split between Gharwasis and Junglewasis, has the house and the jungle assigned to them, respectively. While some contestants enjoy and explore the wilderness, others’ unhinged curiosity leads them to the restricted area. The episode from October 5 has quite a few entertaining and drama filled-moments in store for fans!

Within just three days, sides are taken. Jay and Pratik’s rift has widened from the previous episode, escalating into a ‘Bigg’ fight with other contestants rallying around them. During a task, they both get into a spat, catching everyone’s attention. As the bickering gets worse, Jay and Pratik push each other, breaking the glass divider. They nearly come to blows, with everyone stopping them just in the nick of time! Pratik shows his furious side by banging his chest after Jay mocks him, “Tu khatam ho gaya!” After Pratik grabs his collar, Jay loses his calm. “Game over! Ab koi rules nahi hai mere liye!” he expresses.

But this episode also witnesses contestants having a gala time. Afsana comes to the rescue to prepare food for her fellow contestants who are in the jungle. While some cheered for her, others even gave her instructions to make snacks as per their liking. “Bigg Boss mujhe daante toh kaun responsible hai?” Afsana reacts to the instructions to which everyone inside the jungle arena raises their hands in joy. Along with some exciting dangal, contestants also have their share of mangal!

Will Bigg Boss make Pratik and Jay bear the brunt of this unpleasant fight?

To know more, stay tuned to ‘Bigg Boss’, presented by TRESemmé, powered by Knorr and Dabur Dantrakshak Monday to Friday at 10:30pm and Saturday-Sunday at 9:30pm only on COLORS!